Miracle Materials: The U.K.’s Promise to Power all Homes with Wind by 2030

Olmec > Blog > Miracle Materials: The U.K.’s Promise to Power all Homes with Wind by 2030 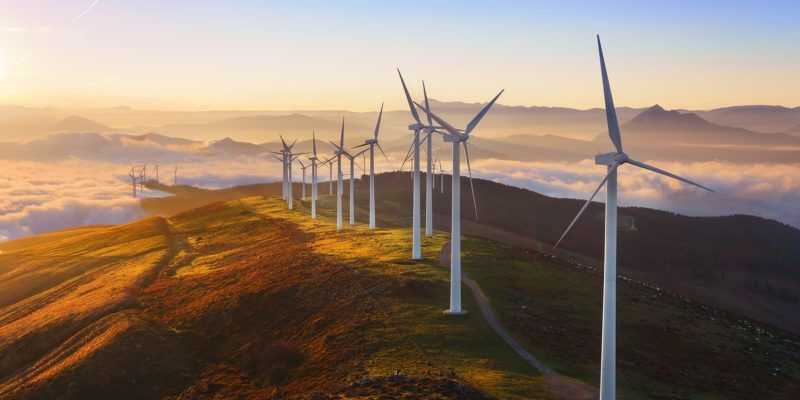 Miracle Materials: The U.K.’s Promise to Power all Homes with Wind by 2030

In 2020, Boris Johnson’s Build-Back-Greener pledge to the U.K. announced:

“As Saudi Arabia is to oil, the UK is to wind – a place of almost limitless resource, but in the case of wind without the carbon emissions and without the damage to the environment.”

Sounds almost too good to be true, doesn’t it?

Let’s start from the beginning. Since the early 1990’s, wind turbine electricity production has been on the rise. In the run up to the turn of the century, gradually more serious attention was paid to the method of power generation. With more government funding schemes appearing, wind power was starting to look like the answer.

In 2001, the development of offshore wind farms saw the birth of a massive project which would come to be known as ‘Round 1’ wind farms. This refers to 12 offshore farms which were developed over a decade from 2003 to 2013.

Of course, pressure to take action in tackling the climate change crisis has been building rapidly for decades now. When PM Boris Johnson announced a plan to power all U.K. homes through wind farms by 2030, we saw the effects of this pressure come to life.

In his announcement, Johnson suggested that the COVID-19 crisis may have provided a “catalyst for green growth”. He asserted that this was a phase in an overarching investment in a greener future, meaning that the U.K. would “become the world leader in low-cost clean power generation – cheaper than coal and gas”.

What does this have to do with Olmec?

Prior to 2020, the major drawback of wind farms had been that we had no way to store the energy we produced. In other words, because of the inconsistent nature of wind, energy can be produced when it is not needed and immediately lost.

THIS is where Graphite comes in.

In the recent effort to expand the range of wind farm energy, the government has lifted previous restrictions on the industry. This has opened possibilities for the use of huge battery cells to store energy when it isn’t needed immediately.

Other designs have come to the forefront of green energy research. Revolutionary fuel cells called Proton Conducting Fuel Cells (PCFC) are being developed to both make fuel and convert it back into electricity, using just one set of catalysts. These cells are in the research phase, but if successful could radically affect the way we generate and supply electricity to the country.

Perhaps this development in technologies has fueled a newfound confidence shown in the government’s promise. Whatever the cause, here’s hoping that the Build-Back-Greener scheme lives up to its name.